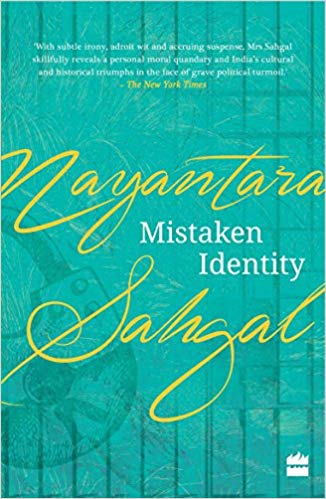 On a train journey home to north India after long months of travel abroad, the playboy Bhushan Singh, son of the Raja of Vijaygarh, is arrested and thrown into jail. Charged with treason, Bhushan finds himself in a filthy prison cell surrounded by elderly trade unionists as innocent of any political crime, and a jittery government sees sedition under every stone. As they wait for the trial that never seems to come, Bhushan takes up the role of Scheherazade, enthralling his cell-mates with stories from his colourful past. He tells them of his boyhood affair with a beautiful Muslim girl that sparked off two murderous riots and led to his banishment abroad. He tells them of his life in the America of the Roaring twenties, of basking beside a turquoise swimming pool, learning the Turkey Trot and turning down the chance of a career as a movie star. Obsessed with his childhood love, unable to make any plans for his life except to find her again, Bhushan returns to India to become an exile nearer home in Mumbai. He becomes the friend and lover of Syllvia, a vibrant and modern Parsi girl, but even her energy and devotion are not enough to heal his wound. As news of violent world events penetrates the prison wall - civil was in Turkey, the rise of Mussoloni, Gandhi's salt March, mass arrests, the death of hunger-strikers in Lahore - Bhushan reaches the climax of his story: the monstrous trick he discovers fate has played on him, and the crime he can never forget. Full of mystery and gentle humour, Mistaken Identity is a story of love and obsession that brilliantly summons up the turmoil of India in the twilight years of empire

We put you first! That is why every book comes with an easy experience, completely designed to save you time and money.

Shipping
Delivery charges apply but returns are free. Most of the times we will deliver your books within two working days of your order confirmation.

Book Quality
If for any reason, your book's condition is not acceptable, we will immediately ship you another copy as soon as possible.

Highlighting
The book you borrow will be used by someone else after you return it. Please refrain from highlighting or writing on your borrowed copy. No writing or permanent damage is allowed.